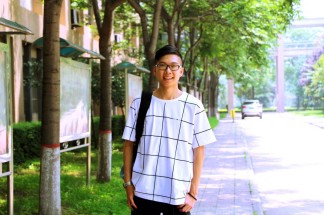 This Master’s thesis (supervised by Dr Maggi Leung) unpacks how gender impacts on mobility aspirations of Chinese international graduates in the Netherlands. The value of a gender lens in immigration study is increasingly highlighted nowadays, but gender analysis is infrequently applied to research on international student mobility. Drawing on Risman’s ‘three-level’ framework of gender analysis (2004) and Findlay and his colleagues’ (2012) argument that the post-study status transition should be understood within the life course, this paper analyses gender intertwining with post-graduation mobility at individual, inter-relational and international level. Through an online survey, semi-structured in-depth interviews followed by the method ‘story completion’ with Chinese international graduates and some parents, the findings underline how gender identities shape the personal goals of mobility, how gender roles in a relationship and international settings confine or facilitate mobility desires and how these gender effects are intersected. This research also stresses how gender-role ideologies are diverse and dynamic in one’s life course. Therefore, beyond taking the transition as a career start, Chinese international students also attach gendered meanings and responsibilities to post-education mobility, considering social roles they are engaging or will engage in. This research conduces to depicting unequal gender patterns in international students’ after-study mobility trajectories.

Individual factors refer to the construction of gender selves and subjectivities that drives students’ mobility trajectories. The survey data show a relatively similar big picture which prioritises career-related factors and takes the least notice to political effects is followed by most respondents regardless of gender. Yet it is still visible that Chinese male and female students hold different gendered selves while making mobility plans. Male students rank averagely higher than female counterparts on career prospects and special national preferential policies usually attracting skilled graduates with economic incentives (Harvey, 2015). By contrast, female graduates assess this mobility decision by more than the quality of career, also the conditions of future residence. They spotlight more, than men, on life-work balance, living comfort, family duties and natural environment.

With the gendered motivations as the first step, the discrepant capabilities of multiple locations and labour markets to satisfy students’ aspirations are thus decisive to the mobility decisions of skilled Chinese graduates. In the Dutch-Chinese context, females remaining in the Netherlands are attracted by more reachable stability of jobs in the Dutch labour market. Male returnees catalyse their return for catching up on ‘guanxi’ (social connections benefiting to task completion) which is importantly needed as professional skills in Chinese working culture. These coupled features indicate that differences in the construction of gender selves usually exert influences through institutional contexts. Sometimes the institutional contexts require the same from both genders. For instance, employees in China generally experience less job stability and the importance of the social network to career development. However, differences in gender selves differentiate how men and women view the opportunities, interference and restrictions of those contexts and then drive Chinese students to different destinations.

International students with a background of communal cultures usually face challenges in making individualised decisions. Chinese students, as a typical example, show great concerns about important others in their own mobility choices. This study finds that gender identities mainly exert inter-relational impacts around intimate relationships, marriage and childbirth.

The concept of ‘linked lives’, indicating that couples negotiate the disagreement on moving aspirations and project moving at a household level, is tested on Chinese graduated couples in the Netherlands. By a unanimous scenario, women tend to follow their male partners’ mobile trajectories. Interestingly, the mobility projects of some couples highlight the influence of perceived ‘most appropriate marriage age’ in Chinese conservative perspectives. Marriage, to those couples, is a crucial juncture in the life course, separating life spans of being mobile and settled. In contrast to the stay-or-return decision which is often described as a one-off movement, they determine to return at ‘the best marriage age’ for taking care of parents and creating a period in-between graduation and marriage. In this period, the couples would exploit the benefits from staying overseas to professional growth and meanwhile pave the way for the later settlement in China.

For single graduates, unwanted stresses of marriage and childbirth from parents and peers are sometimes strategically buffered by remaining abroad. Echoing the ‘zone of suspension’ concept proposed by Martin (2018), continuing overseas life can somehow relieve intergenerational tensions on marriage and create a space for graduates to advance career and encourage romantic relationships taking place in a natural pace and process. In this study, both genders confess the geographical distance help escape the head-on clash with external pressures they think unacceptable caused by their Chinese marriage.

International Factors: Contrasts of gender ideologies and practices in China and the Netherlands

Students’ attitudes are always in a transformation because of exposure to foreign settings. The overseas education motivates students to experience western social rules and thoughts, and then compare them to Chinese social and institutional norms. These dissimilarities in national contexts, including contrasts of gender expectations and prejudices, inspire a continuous adjustment of the study-to-work transition. Narratives in this study underline the difficulties of practising gender identities outside of the social ‘norm’ such as being too old to become a good wife or mother and being non-heterosexual. Staying in the Netherlands or moving to another western country where their identities are accepted or appreciated becomes a softer approach to dealing with external pressures, compared to combating against the norms or reluctantly changing themselves. It’s noticeable that gender impacts at three levels usually interact with each other in the formation of students’ plans. For example, messages in international contexts could shape gendered selves; in turn, selves determine from which angles students read and acquire from the contexts.

While unravelling how gender-role ideologies tangle with other social and economic domains, such as family, homosexuality and labour markets, this research notices the dynamic nature of gender inlaying in these scopes. Gender changes its meanings across one’s life phase. Expectations, duties and controls of gender are various and usually become more complicated while people are ageing and creating more interactions with individuals and institutions. The concerns shift from personal career aspiration to balancing career and family, from individualised choice to making a choice for (future) family, for instance. Gendered expectations and controls in society are also changing. Even in this research period, public policies targeting feminism in employment and discourses to LGBT acceptance witness some changes which might also somehow alter soon-to-graduate students’ aspirations of mobility. Leung (2014) argues ‘gender respects no boundaries’. What domains graduates accentuate and how gender exerts effects in these domains are changeable across time and space. Elucidating these questions is conducive to understandings of contemporary gender bias and inequality at an international scale.

Yanbo Hao obtained his Research Master’s degree in Urban and Economic Geography at Utrecht University, the Netherlands. He conducted research on urban fragmentation, urban spatial expansion, social housing and rural development in China. Currently, his research interest is centred on inequalities in migration issues, especially education mobility, around which he studied on the gendered patterns of international student mobility and presented one paper at an academic conference on Chinese mobility in Europe. Yanbo could be contacted via haoyanbo1994@gmail.com.