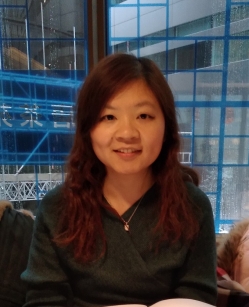 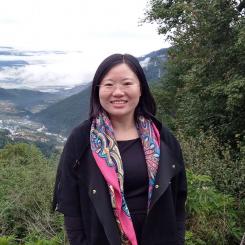 Guoxiang (a pseudonym), a female Mongolian student from China’s Inner Mongolia, has just received a job offer in a US law firm, having completed her undergraduate studies in Hong Kong and is about to finish her Law training in the US. Before leaving Inner Mongolia, Guoxiang went to a Han-language school, feeling like a ‘normal’ person until she started getting bombarded by questions such as ‘do you live in a Mongolian tent?’ and ‘are you good at archery?’ at university.

Dolkar (a pseudonym), a female Tibetan student, moved away from home to study in inland schools (neidi ban, established for ethnic minority students in Han-dominated areas) since age 12. Now, aged 23, she has just resat the Postgraduate Entrance Examination, hoping to get a Master’s degree which will allow her to ‘voice out’ her discontent and ‘fight for the rights’ of her people.

It is widely documented that ethnic minorities in China are severely disadvantaged economically and educationally, when compared with the Han-majority population. However, little is known about the experiences of those ethnic minority students, such as Guoxiang and Dolkar, who have been given opportunities to move across or even outside China for educational purposes. In this article, we tell the stories of Guoxiang (2013-2018) and Dolkar (2011-2018) by tracking their education mobility experiences. We argue that there is dynamic temporal multiplicity in the ethnic identity construction of these two students. This multiplicity of temporality is manifested in three aspects: temporality of ethnic othering; temporality of ethnic identity awakening; and temporality of ‘worldly time’ and ‘ethnic time’. Both ‘worldly time’ and ‘ethnic time’ entail distinctive understandings about these students’ pace and priorities in life. Both students defer their ‘permanent’ ethnic identity to an imagined future. Yet, adopting the gaze of the dominant others, both students subconsciously constructed an essentialist view of their ethnic cultures as fixed and stable, and those of the dominant cultures as alive and fluid.

The data are drawn from two different research projects conducted separately by Cora (2013–2018) and by Miaoyan (2011–2018). In 2013, Guoxiang participated in a longitudinal project in which Cora explored the identity construction of 31 mainland Chinese students who crossed the border to study at a Hong Kong university. Dolkar (a pseudonym) was a key informant in Miaoyan’s research project entitled ‘University as a Site of Ethnic Identity Construction’, which started in March 2011.Both students are from middle-class family backgrounds and have achieved considerable mobilities in their respective journeys. Details can be referred to in the table below. 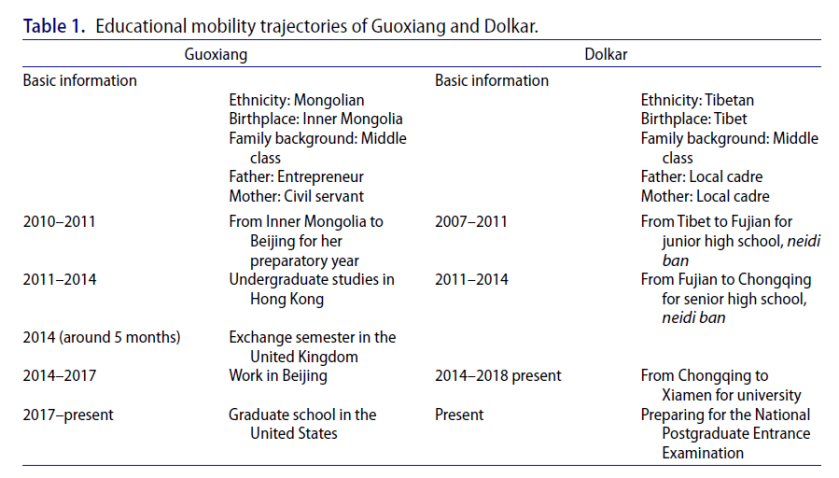 The two minority students were both from middle-class family backgrounds and were privileged to access educational opportunities through mobility. Guoxiang experienced cross-border educational mobility by completing her preparatory education in Beijing, her bachelor’s degree at a Hong Kong university, working in Beijing and later pursuing a master’s degree in the United States. Dolkar’s educational mobility started as early as 12 years old. Having been immersed in dominant Han culture for a long time, both students were alienated in various ways as their ‘authenticity’ was challenged by ethnic peers. This effectively subjected them to the peripheries of their respective ethnic communities. Meanwhile, their families’ higher socio-economic status and their familiarity with dominant Han culture have not exempted them from suffering ethnic stereotypes, prejudices and discriminations.In China’s current scheme of ethnic hierarchies, cultures of ethnic minorities are so exoticised,eroticised and historicised that they mainly serve as entertaining subjects in the margins of the dominant group’s private and public life (Gladney 1994; Yang 2017b, 9; Yi 2008, 111). In Hong Kong, the ‘mainlander’ versus ‘Hongkonger’ tensions and the lack of attention paid to ethnic minorities could present an added layer of alienation (Xu 2018).

For a long time, both students had internalised such marginalised and voiceless ethnic statuses while shutting away from any ethnic talk that might further disempower them. Critical incidents at certain stages of their educational mobilities had awakened them to their ethnicities. In Guoxiang’s case, Mumu served as an ethnic role model who empowered her positive ethnic imagination. For Dolkar, the Sociology of Education class on ‘educational equality’ served as a catalyst for ethnic revelation. Witnessing the constant marginalisation and voicelessness of their ethnic groups, they finally felt the urge to ‘voice out’ their discontent and to ‘fight for the rights’ of their ethnic groups, although their strategies were still conditioned by the majority/minority, dominant/dominated, powerful/powerless, central/peripheral and visible/invisible dichotomies. Sensing that ‘ethnicity is a luxury’ at the current paradigm of time thrift, they prioritised their ‘worldly’ pursuits of social status,monetary and materialistic goals, and simultaneously resorted to leaving their respective ethnic explorations for the future. This can be explained by their temporal mode of striving and the redemptive nature of their thinking in relation to their ethnic identity and ethnic cultural heritage.

Concomitantly, we note two schemes of time from Guoxiang’s and Dolkar’s reflective accounts: that of ‘worldly time’ and that of ‘ethnic time’, each of which entails a distinctive set of understandings about pace in life, priorities and importance. For Guoxiang, her ‘worldly time’ was closely linked to a cosmopolitan orientation in which she prioritised engaging with the outside world not only within China but also abroad. For Dolkar, her ‘worldly time’ was intently tied to a national focus that foregrounded time to compete with Han peers within the national ethnic hierarchy to establish and empower herself with a voice. There was thus notable perceived time poverty when it came to ‘ethnic time’, primarily owing to the overwhelming urgency to prioritise other worldly pursuits in order to gain their foothold with a view to getting their voices heard. Consequently, ‘ethnic time’ took a backseat, deferred to the imagined future. Here, we observe the formation of ‘hybridised’ethnic identities which transcend the essentialised ‘old ethnicities’ (Hall 2005) through their various and multiple mobile educational experiences, evoking Hall’s (2003, 235) characterisation of diaspora identities which ‘live with and through, not despite, difference, by hybridity’and are ‘constantly producing and reproducing themselves anew, through transformation and difference’.

While it is not our intent to generalise our findings to all educationally mobile ethnic minority students in China, we argue that these two ‘rhythms of timelines’ (Thompson and Cook 2017, 33) extrapolated from the in-depth and longitudinal accounts of these two students reveal a striking array of structural and social inequalities embedded in educational mobilities and ethnic relations in contemporary China. The dominant group’s consistent stereotypical negative portrayals of and indifference towards ethnic minorities we find in this study have served as a crystallising factor in demarcating the timelines of their search for ethnicity. Although preferential treatment (positive discrimination) has been offered to ethnic minorities to counter this structural inequality, the image of ethnic minorities as ‘preferentially treated’ and ‘less capable’ (Yang 2017b, 239) has re-consolidated their marginalisation in the current unequal ethnic structure, which has the potential to deprive ethnic identities and cultures. Therefore, our findings in this article not only stimulate discussions and debates on ethnicity, temporality and educational mobility, but also contribute to ‘making and implementing policies of social inclusion for migrant and indigenous ethnic minorities’ in China (Li and Heath 2017, 1).

Our reflections concerning Guoxiang’s and Dolkar’s ethnic identities constructions point to fruitful analytical engagement with ‘temporality’ in ethnic terms. First, ‘temporality’ is closely linked to the changing locations and relocations of ethnic minority groups. Second, time can be multi-dimensional and can be designated for inward or outward explorations.Adopting the gaze of the dominant others, Guoxiang and Dolkar subconsciously constructed an essentialist view of their ethnic cultures and conceptualised their ethnic identities as fixed, stable and ‘always there waiting to be retrieved’. In contrast, the dominant cultures are conceptualised as alive and fluid. For both students, critical incidents along their educational mobilities have not only empowered them in ethnic terms, but also awakened them to sense a pronounced distance from their own ethnic cultures. This distance is emotional and primordial. Hence, the entanglement of space and distance also offers useful insights for understanding ‘temporality’, especially if we examine their ethnic identities over an extended period. 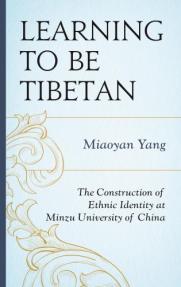 Dr Miaoyan Yang (PhD, the University of Hong Kong) is an associate professor in the Sociology Department, School of Sociology and Anthropology, Xiamen University. As a researcher of minority education, she has a particular interest in the Tibetan, Uyghur and Mongolian ethnic minority communities, employing them as a showcase of ethnic politics in China with reference to issues such as education, mobility, citizenship, ethnicity, identity and culture. She is author of the book Learning to be Tibetan: the construction of ethnic identity at Minzu University of China (Lexington, 2017) and a number of publications in Citizenship Studies, Journal of Multilingual and Multicultural Development and other journals. She is the Harvard-Yenching Visiting Scholarship recipient for year 2018-2019. She can be contacted at miaoyanyang@163.com.