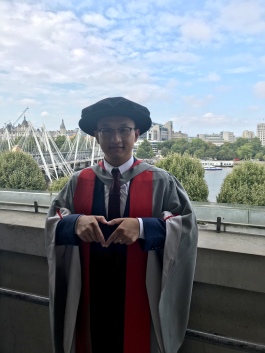 Abstract: This paper examines the quality of education that the Chinese rural-to-urban migrant children enjoy after they got enrolled in urban state (and quasi-state) schools. It focuses on ‘migrant majority’ state schools and two typical types of quasi-state schools, namely, government-purchased private school and government-controlled private school. Semi-structured interviews were conducted in Beijing and Shanghai with 95 government officers, school leaders (headteachers and department heads), teachers, migrant parents, migrant children, local parents and local children. The findings show that the quality of education of migrant majority state schools can hardly be considered as being equal to that of traditional local state schools. As for the quasi-state school system, while realizing the migrant children’s right to education, it does not guarantee them a ‘good’ education. These situations have produced further obstacles to the migrant children’s attempts to access quality education.

In China, millions of rural labourers have left their hometowns to work in urban areas during the past three decades. In 2016, there were 135.85 million migrant labourers nationally (National Bureau of Statistics, 2017) with 13.95 million migrant children of compulsory education age (Ministry of Education, 2017). These children have difficulties enrolling in urban state schools because of not holding local household registration (hukou) in urban areas. Since 2001, the local governments nationwide have tried hard to make sure the majority of migrant children could enrol in local state schools. Over the past decade, the state school sector has recruited around 77%-80% migrant children nationwide (Yu, 2018).

In recent years, a group of traditionally non-elitist and ordinary state schools in Beijing and Shanghai have recruited more migrant than local students as a result of losing local children because of their school choice. As a result, these schools become ‘migrant majority’ state schools. In Beijing, in 2013 there were 562 schools (out of the total number of 1,440 schools for compulsory education age pupils) in which the percentage of migrant children is greater than 50%, and the highest percentage was 98%.[i] In the meantime, most of the unlicensed informal private schools have been turned into licensed schools. In Shanghai, the city municipality had a three-year plan (2008-2011) which aimed to support the unlicensed informal private schools to register. The main form of support is that the local government purchases or controls the school with a huge amount of investment, making it a quasi-state school. As a result, by 2011 162 registered migrant children schools had emerged with 132,000 migrant children, which accounts for 28% of the total number of migrant children.[ii]

Does enrolling in state or quasi-state schools mean that the migrant children can now enjoy equal educational resources and expect to have outcomes equal to the local children?

This paper presents findings from my PhD thesis (Yu, 2018), which examines the enactment of school enrolment policy for internal migrant children in urban China. This study chooses Beijing and Shanghai as fieldwork sites with three months of fieldwork carried out in 2014 and 2015. I followed the purposive sampling and snowball sampling strategies to get in touch with 95 participants, including: government officers, school leaders (headteachers and department heads), teachers, migrant parents, migrant children, local parents and local children. Semi-structured interviews were used to collect data about the participants’ experiences, interpretations and attitudes about migrant children’s schooling and related policies.

As for the migrant majority state schools, which are traditionally non-elitist and ordinary schools, they are now facing the problem of ‘declining education quality’ in terms of their declining exam results and school reputation. Many of them have recruited a disproportionate number of students as a result of receiving migrant children. Taking school X (in Fengtai District, Beijing) in my sample as an example: the maximum annual recruitment quota of this school was 60. However, in 2012, nearly 400 students (mostly migrant children) applied to this school. Finally, under pressure from the district municipal department of education, the school enlarged its recruitment number to 96. Recruiting a disproportionate number of students, more than half of my respondent teachers report a shortage of teaching and learning resources in their schools. In addition, their schools have to turn specialist music and arts classrooms into regular classrooms at the expense of losing these specialist spaces. Furthermore, the small class teaching reform in their schools, which aims to improve educational quality through the reduction of class sizes, has had to be stopped.

As for the former unlicensed informal private schools, they now receive full government funding as their sole financial resource and have been partially included into the state sector. These government-purchased/controlled schools offer quasi-state education for migrant children, but generally under worse conditions compared to state schools. The weak foundation of the schools in their unlicensed informal private school period is a common reason for the current disadvantages. Yet the main difficulty they face is the local government’s willingness to allow a low cost and inferior form of education provision in these schools. To be more specific, the funding that the schools can receive, which is calculated by the student number, is inadequate. As reported by the respondent headteachers, there is a lack of teaching resources and hardware facilities owing to the schools’ financial deficit. The funding the school receive can merely support the basic teaching activities without providing extra resources for the students to do extra-curricular activities and for the teachers to undertake professional development training. The schools have tried to enlarge class sizes in order to obtain more funding, yet this endeavour has caused a new problem – oversized classes. For example, in school Y (in Minhang District, Shanghai) in my sample, the student number is 60 per class, while in regular state schools the number should be less than 45 per class. Such overcrowding incurs complaints from my respondent migrant parents. Furthermore, the situation of low salary has also caused the instability of teacher supply, which in turn has negatively influenced teaching quality and children’s social emotional development.

Towards a ‘low cost and inferior schooling approach’

What can be identified from the above analysis is a ‘low cost and inferior schooling approach’ for migrant children conducted by the local government. In response to the conflict of limited government funding and high demand for school enrolment from migrant children, the local government chose to establish a large number of ‘schools with basic study resources’ with relatively low costs, instead of creating a number of ‘schools offering good education’ with massive investment. In other words, the realisation of access to schools for migrant children is at the expense of reducing the standard of education they receive. While some of the interviewed migrant parents express some dissatisfaction with these schools, most of them still deemed the school to be acceptable – at least it provides their children with a place to study. Yet this situation has produced further obstacles to their children’s attempts to access quality education.

Hui Yu (PhD, IOE) is a senior research fellow in School of Education, South China Normal University (SCNU). His research focuses on the Chinese rural-to-urban migrant children’s education and social mobility, adopting the works of critical social theorists such as Bourdieu and Foucault. His ongoing project is about the schooling policy of children involved in cross-border migration in Guangdong-Hong Kong-Macao Greater Bay Area. His works have been published in international peer-reviewed journals, including Journal of Education Policy.

[ii] Data resource: from the policy text Shanghai Municipality of Education’s Regulation on Improving the Hygiene Condition in the Private Primary School Run for Migrant Children in 2011.